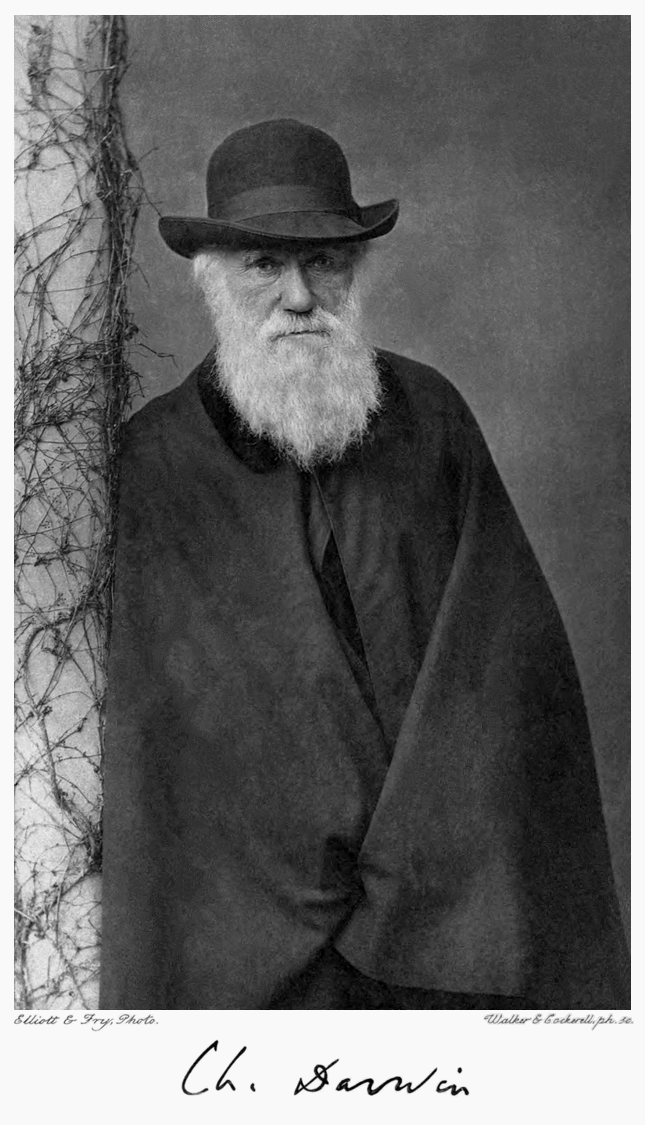 Throughout the past week of school, we worked both individually and as a class to study Charles Darwin and many of the letters he wrote to colleagues discussing his theory of evolution and all of the details surrounding his work.  We used the “Darwin Correspondence Project” website that is run by the University of Cambridge, and we were able to find and research many letters based on specific words mentioned in works regarding evolutionary theory.  As a class, we chose five words to research and write about that had relevance to Darwin and his focuses.  The five words that I chose are “species,” “geological,” “natural,” “reproduction,” and “origin.”  After we had each chosen five words, we spoke with classmates at our table and came up with two new words.  The two words that I added from listening to the class are “succession” and “structure.”  Finally, after discussing with our neighbors about the different possible words and doing some research on the words, our professor gave us the term “brain” to consider as an important term. This gave a total of eight words, and although I did research on all eight terms, I found that the terms “reproduction,” “structure” and “brain” gave me the most interesting letters to read and analyze.
After typing in “reproduction” into the search bar of the project, I did some research on some of the resulting letters.  Although I came across a few notable letters, a letter written by Charles Darwin to Charles Giles Bridle Daubney on July 16, 1860 was very noteworthy in my mind.  This letter focused on a major question in evolutionary biology, which is what exactly determined the origination of different sexes.  The transition to relying on two opposite sexes to reproduce sexually and create variation among offspring had to begin at some point in time, and the major question is how this breakthrough began.  After discussing about the issue, the letter concludes with the statement that determining the origination of sexes is one of the biggest mysteries in all of his studies, and that he does not really have any idea at that time.
A second word that led me to useful results is the term “structure.”  Charles Darwin wrote a letter to A.D. Bartlett on September 15, 1871 regarding the importance of structure and the information that can be gathered by variations in structure.  In this letter, Darwin focuses on the differences in bill structure between ducks and geese.  Darwin believes that based on the difference in bill structure compared to duck bill structure, geese must have different eating habits compared to ducks.  This theme of using structure to describe function is very important throughout Darwin’s studies.
The final word that was given to us as a class was the word “brain,” and I used this term to research some very interesting letters regarding evolutionary theory.  One very noteworthy letter I found was a letter written to Darwin from Frederic Bateman on March 31, 1871.  In this letter, Bateman states that it might not be possible to find a cerebral center for speech in the brain.  He says that this reality would oppose the theory that man descended from a lower form.  After reading many of the letters written by many of these great biologists, I noticed that all of the letters are very tedious, polite, respectful, and important for the overall development of the theory of evolution.