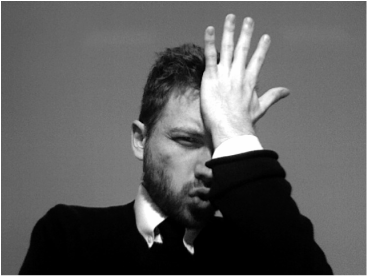 ﻿I recently had the opportunity to dive into Charles Darwin’s correspondences to understand thoughts about evolution during the time period. As this was a time when mail was delivered four times a day, there was a lot of material to go through.

During this process, I definitely gained an appreciation for historians of science and really just historians in general. I hadn’t realized how much one has to sift through in order to find pertinent information. Now, I know the volume of a person’s work isn’t always quite as extensive, so it is much easier to go through a larger portion of the writings, but I have found there is really no way a person can realistically read everything a person has written about a particular subject. It would take a team of people with a similar goal, with or without their knowledge of the collaboration. Because it is impossible for a single person to read everything available, it is necessary to prioritize the information studied, or to pick works at random. Both of these methods have their advantages and disadvantage. On the one hand, prioritizing the information studied, you are more likely to gain pertinent knowledge. However, you are also going to lose the ability to discover something that you were not really looking for. Maybe a topic in a lower priority correspondence or piece unexpectedly connects with something of interest to you. You’d never know because you didn’t take the time to look at it. On the other hand picking pieces at random to study gives you a much larger scope of what a person studied and thought. You can learn about unexpected connections, but you are much more likely to have to sift through information that does not interest you at all to find information that does.

In my study of Charles Darwin, I choose the latter process of discovery. Though I had a key world that I was looking for, I simply picked correspondences at random from those that contained my key word. These key words were ones contained in Vestiges of the Natural History that I thought might show up in Darwin’s correspondences. They included words such as origin, schemed, process, and change,

What I thought would be a relatively simple task turned out to be quite difficulty. For example, when schemed was searched, close to three hundred letters appeared. With a very limited time to complete my research, I was not going to be able to read all of the letters containing the word ‘scheme’ let alone all the letters containing all of my other key words. By random, I chose to read about ten letters either written by Darwin or sent to him. By doing this, I was able to find that many of his correspondences were of a personal nature. I gradually became more frustrated as I read letter after letter that had nothing to do with Darwin’s thoughts on evolution. I was able to learn about his plans to build a window near an arch in his house and his scheme to see a relative as he was passing through town, but nothing on evolution. Maybe with more time and a better strategy I will be able to learn something I intended to during my research of the history of science.