​Darwin was quite the prolific writer during his time here on Earth, commonly using letters to further explain his scientific ideas to colleagues or simply discuss trivial matters with friends. When first delving into the vast quantities of information contained within Darwin’s correspondences, I decided to see what his thoughts were on the notion of whether or not the idea of man coming from lesser animals was degrading, as many at the time did and what Chambers refuted in Vestiges of The Natural History of Creation. What I found, though, was not quite what I expected.

When searching for any references of the word degrading, the results were nothing similar to the ideas that Chambers published. Rather than using the term in a negative way or in a religious context, the only references were in relation to flower organs.  Charles Darwin had a set of three letter correspondences with T.H. Farrer in early May 1869 concerning the differences in functionality of plant organs across various species. Farrer begins the exchange by explaining what he previously meant by using the term, most likely in a published paper or lecture that Darwin happened across. His use of the word stems as a synonym for less: less complete, less effective, less useful. He notes that there is a degradation “shewing how an elaborate structure originally full of function and purpose becomes comparatively meaningless and useless.” Darwin goes on to respond that the use of the word degraded might not be the best choice, but rather that gradation is more suitable. Whereas Farrer sees less colorful petals, less opened flowers, and shorter stalks, Darwin sees that the particular plant that is seen as less, the Viola odorata, merely has adapted to have qualities most advantageous for its surroundings. Thus, while something may seem completely ineffective or unsuitable for the surroundings you are accustomed to, it is necessary first to look at how that particular quality is used in its natural habitat. Only when examining anything in the context in which it will be used can its true worth be criticized. 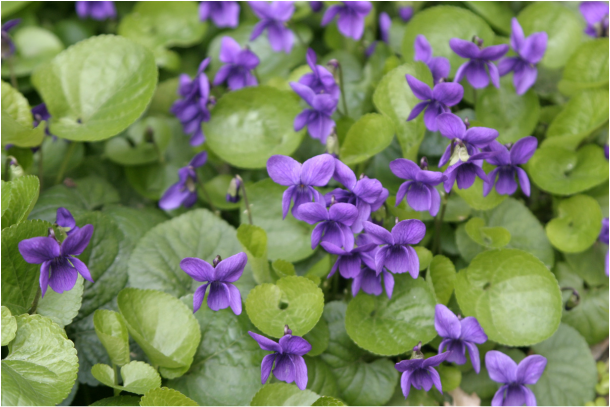 ​If I were to delve into more of Darwin’s letters on religion, there is a good possibility that I would find more of what I was initially expecting. However, the language he used is sure to be more cautious than what people regularly used at the time – namely in the word degrading. Being a proponent of evolution, obviously, and not seeming to try to fit his theories into religious doctrine surely softened his tone. What others saw in some evolutionary theories, namely that there is a possibility the all mighty and wonderful men share characteristics with lowly animals and might even be distantly related to them, Darwin brushed off and did not appear to take offense. In his letters, at least the small percentage that I examined, Darwin was more concerned with how species became perfectly suited to their environment and thus were able to survive in the series of random chance events that we call life.
But why would I want to rummage through that world? Thinking about differences in flowers and worth of characteristics is much more pleasurable to the mind.