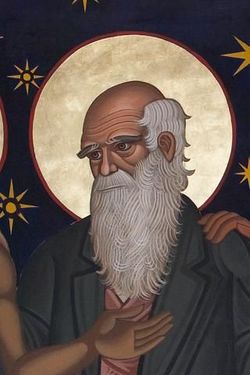 In 1844 Charles Darwin told his wife Emma “I have just finished my sketch of my species theory. If, as I believe my theory is true, and if it be accepted even by one competent judge, it will be a considerable step in science”. Darwin’s belief in his work resulted in his success and the success of the scientific community. Not only has On the Origin of Species had a profound impact on science as we see it today, it also created a staple of scientific understanding, one of which has arguably the most precedence and magnitude in regard to the physical sciences today. It is difficult to imagine how science would have progressed and developed had Darwin and the intelligentsia of the 19th-century not contributed so much to our understanding of life. Although the theory of evolution and natural selection are viewed as substantial laws of science today, Darwin was not so sure in his time.
In fact, Darwin’s theories and lifework were very much precarious in their nascent stages and darwin was not sure of how they would be received, but more importantly, there was the religious question at play. The popularity and possibility of truth behind Religion was the one factor working against Darwin. Today, the scientific community and the Religious community are still at odds, although more individuals are coming to recognize that evolution and religion can coexist harmoniously, as opposed to a less experienced 19th-century socio-political climate. In Darwin’s time there was still the question of validity in regards to science’s place in a religious society. There was a fear that Religious evidence could arise and invalidate all that Darwin had worked for. Furthermore, Darwin, whom claims that he never proselytized against religion, constantly received urgent letters from the religious community: letters that poured scripture down Darwin’s throat and urged Darwin to turn towards God. Joseph Plimsoll writes Darwin in 1867, providing a long exegesis centered on “1 Samuel XI. 13.”. Plimsoll declares, in a rather transparent manner, “I have been impelled by my deep solicitude for your soul’s salvation” and concluding “That it may – through the grace of God – the love of Christ – and the omnipotent and resistless might of God the Holy Ghost, be made the means of your being turned from darkness to light, from spiritual death to spiritual life”. This letter may be seen as a kind and blessing gesture from a friend, but upon reading one can imagine Darwin thinking “Alright, c’mon Joseph. This is a bit harsh and insulting, I’m delving into the secrets of the natural world. I don’t have time to feel guilty and unworthy of a God who hasn’t provided me evidence of his existence in the first place”. But, despite some verbal aggression from the religious community, albeit this example is passive, Darwin upheld his studies without contributing in vying for power against the religious community. In a letter to a friend he claims “Nor can I remember that I have ever published a word directly against religion or the clergy”. Darwin then questions Dr. Pusey’s sermon, as provided by his friend Innes, declaring that he can “hardly see how religion & science can be kept as distinct as he desires”. In essence, Darwin respects the church and welcomes a sense of plurality in society.
Darwin’s burial in Westminster Abbey is an important and noteworthy end to the great naturalists life. It represents a marriage of science and religion. Whether Darwin truly desired, or even cared to be buried in a religiously significant location, or whether the church desired to attain Darwin’s spiritual presence for their own ends isn’t for sure. But, it is reassuring nonetheless that scientific freedom and religious freedom were two possibilities in the 19th-century and both were given equal room to grow and influence society, in positive and progressive ways. We can only hope as a people that, as we evolve, the scientific community, along with its discoveries will only contribute to a more general understanding of our world and balance the religious presence in our world harmoniously.