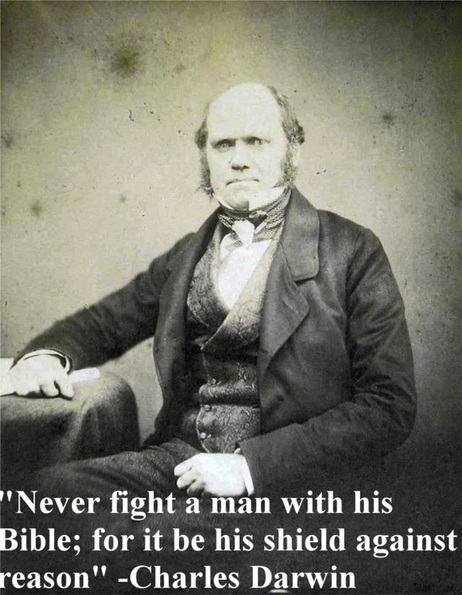 ​One aspect that I’ve always been fascinated by when it came to Charles Darwin was his personal views on religion. What did he believe in? Was he adamant in the argument between science and religion? Did his scientific discovery become a catastrophic revelation that sent the faith instilled by his family crashing down? These were all questions that swirled through the back of my mind as I peered through the Darwin Correspondence Project archive.

Darwin was raised through a mixture of Anglican and Unitarian faith going up. Despite being the grandfather of Erasmus Darwin, the freeform physician that curated the progressive evolutionary piece Zoonomia, Charles Darwin was rooted on theistic faith.

Darwin rarely documented his personal opinions on religion. But according to his letter written to priest John Fordyce, Darwin would be best described as agnostic – doubting or uncertain about deity existence. In that same letter, he was adamant against the notion of being an atheist, claiming that he had never classified himself as one.

What is a pivotal turning point in his personal religion views in relation to his evolutionary studies was his theory that suggested the earth’s creation and natural process without a theory. He likened it to “confessing a murder,” which strongly implies a vexing in his own beliefs. Darwin felt convicted, likely because of his own upbringing in a theistic society (although it could be partly because of a widely controversial notion that could spread through the community and the backlash would be immense during this time period).

Despite his relatively quiet, personal views on religion, he was very opinionated about his desire for facts and evidence. He did not accept supernatural intervention as a proper response as it could not be factually argued or tested. He did, however, provide his evolutionary ideas represented by evidence gathered through years of study.
​
It is believed that the natural order of his theist perspective was chronologically characterized as an entrusted faith during childhood and progressively agnostic as his uncovering of natural selection came to light. Despite his conflicting theistic views and monumental steps toward evolution, he was buried at Westminster Abbey, Church of England in London.