Let’s revert back to July 4th, 1836 when Charles Darwin wrote a letter to his friend and mentor, John Stevens Henslow. As letter 304, this is one of the earlier letters that Darwin wrote. It helps provide a sense of what ideas Darwin had proposed early on in his career as a naturalist. More specifically it delves into the confines of his critical mind. I say he is critical of himself because he signs the letter stating “I am very stupid.” Yes, the renowned and great Darwin that we know today called himself stupid. What is important here to realize is that Darwin was open to criticism. He wanted to be told of his wrongfulness by someone as esteemed as Henslow. On the other hand, maybe Darwin was just trying to suck up to Henslow so he would write him a good recommendation for the Geological Society? Now, with respect to his future career, if anyone were to refer to him as stupid and dispute his findings this Geological Society could offer some credibility.
This letter is not only intriguing based upon his Darwin’s own degrading nature, but also because it shows another side of Darwin: the side that he possessed some sort of belief surrounding the supernatural realm. While writing this letter in St. Helena, he remarked on being in close proximity to Napoleon Bonaparte’s tomb. He mentioned that the cold and eerie night would be apropos for Napoleon’s ghost to traverse in and therefore manifest his spirit. So then really what were his opinions on other supernatural powers like God? Well, he was not defined as an atheist but many of his beliefs disturbed his wife while he was in the process of developing his natural selection theories. However, this letter does not delve into his religious beliefs. Rather, it is more vital to understanding Darwin’s early on thirst for knowledge and his respectable and well-acquainted relationship with Henslow. 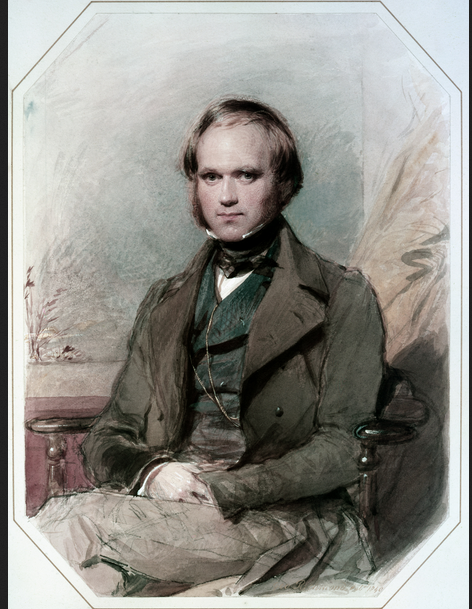 Permission by George Richmond. This photo was taken in the 1830s around the time that Darwin would have written this letter. Note how young he is and how it corresponds with his doubts expressed in the letter.