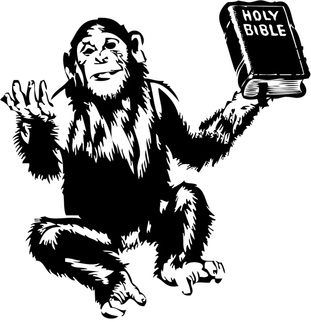 In Darwin’s time, religion was still a very prominent and overbearing part of science. If your theories did not align with that of religion’s, there was much speculation, criticism, and denial of any truths of the theory. Whether it was right or wrong, it was always “wrong” if it did not abide by the rules of religion.

Charles Darwin, of course, knew this. And he was conflicted between the facts that he was almost certain evolution occurred in the natural world

​This is very interesting to me because it seems that if proven and indisputable facts are laid out before you, you would almost have to believe it. It was not Darwin’s fault that evolution occurred, he had just simply discovered it and was able to come up with convincing evidence and proof to support his theory.

This probably is easier for me to say because I did grow up in a world where evolution is accepted as fact and profound science discoveries are made every day. Sure, there are some that will dispute this and don’t believe in evolution, but in general, it seems that the general population is very accepting of evolution as fact.

If I were Darwin, I too would have been scared of these findings and releasing them to the public. Times were different and the church was a major part of society and science.

In his letter to Joseph Hooker, his best friend, he states his beliefs without fear of malice. But showing your beliefs to the whole world is a much scarier situation, much like confessing a murder.

One more thing that also interests me stems from the book we read for class, “Darwin’s Ghosts” by Rebecca Scott. In her book, we learned of many, many men that came before Darwin who had, in some way, contributed to the theory he formed.

Were these men afraid of backlash in the studies or experiments they were performing? Did they feel as if the information they were gathering would feel like confessing a murder when shown to the public?

Maybe not so much, as the other scientists did not have as bold a claim as Darwin did. But their works still seemed to go against the very religious side of society that science so often depended upon in those times.