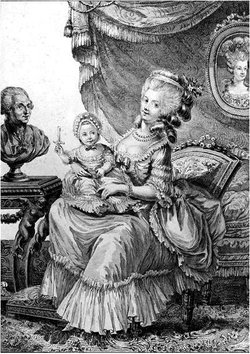 The 18th century fostered a collective lack of gathering information. Now you might say that many of the 18th century authors communicated well, bouncing ideas off of each other and coming to conclusions through insight provided by others. However a combination of articles published in The Coffee-House Philosophical Society Newsletter published in 2005 would provide evidence for the contrary.
​
​A 20th century scientist Linus Pauling provides some insight into the problem of the 18th century mindset in learning. He once said, “The best way to have a good idea is to have a lot of ideas”(BrainyQuote). The best way to find an answer to a problem or reason for an occurrence in nature is to consult the most individuals to provide the most opportunities for a “good idea” to be brought fourth.

Mary Astell, an author at the beginning of the 18th century puts it plainly when she states, “Man is by Nature superior to every Woman.” This obvious neglect for an entire gender of humans during the 18th century puts a major deficit in the contributions of women that could have been made in the scientific inquiries of the day. Not only is the inferiority considered by individuals to be true, but “Nature” says it is so. Jean~Jacques Rousseau coming to a similar conclusion states, “it follows that they [women] ought not to have the same education” and that women are made to “devote themselves to the care of their household and family.” Women are kept from education that would allow women to become educated in ways that would allow the further spread of knowledge and ideas.

Women were not the only ones who found themselves relegated to other “more suitable” occupations. The racism that was imbedded in the 18th Century limited pretty much everyone other than white males. David Hume was under the impression that “all other species of men to be naturally inferior to the whites.” This mind-set does not foster any ability to gather the best possible ideas from the most people. This leads one to conclude that the scientific advancements in the 18th century were greatly impaired by the lack of collective thought. How much sooner could advancements and discoveries have taken place, if the scientific community included all those interested in interpreting the earth and life?

The static mindset that surrounded gender and race ideas would then also be a hinderance to the thoughts regarding where humans and animals came from. Most scientists who were to make discoveries during the 18th century, would have to view what they found through the lens that the time provided. Had the discoveries been looked at with a different mindset, who is to say that theories of evolution would not have surfaced sooner and been developed more? Many scientists had to fear for their lives if they contradicted the creationist view. There might have been other discoveries that were pushed aside due to the implications that it would bring on the reputation of the discoverer. Speculation is all that can occur at this point in time, but the question is fascinating none the less.