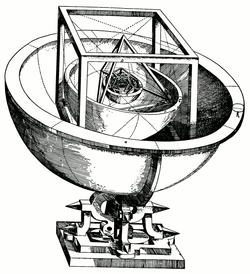 As explained in the Enlightenment Newsletter, many of the writers posed an interesting concept of the 18th Century that seemed normal to them but, to us in the modern world, seem prejudice to people of a certain gender or race. In the 18th Century, men and women were held differently in stature. Jean Jacques Rousseau states that “In the union of the sexes, each alike contributes to the common end but not in the same way” and goes on to say that males should be strong while women should be weak. In this sense, it appears that women are supposed to be submissive to man. David Hume contends that all other species of men are inferior to the white male. Carolus Linnaeus created a sort of classification system for man that was severely discriminatory against any race that was not white. It looks as if they are dehumanizing the other races. These preconceived notions about race and gender are not only false, but they set a bad example for the future scientific thinkers in the 19th Century. All of these writers appear to ignorant of the world around them. In terms of race, they appear to be ignoring the other advanced civilizations (i.e., the Chinese or the Mayans). Their conclusions have no actual scientific basis and cannot be proven.
However, there were some writers that produced ideas that were opposed to “natural” thinking of the 18th Century. Marquis de Condorcet makes some valid points on opinions about gender. He writes that there is not evidence or proof that men are more intelligent than women. This seems to be the beginning of the idea that women are not inferior to men, but rather, are considered an equal entity in social and intellectual status. Mary Astell also makes some clear remarks about the “superiority” of man. In her writing, she appears to be making sarcastic statements about men and their “accomplishments”.  These writers appear to be starting a spark in the “white” part of the world in that they are beginning to realize their sexist ways. Futhermore, they are actually questioning the scientific approach and conclusions of the some of the greatest 18th Century scientific thinkers.
The effect of these writings by the scientific thinkers of the 18th Century could have both positive and negative effects on the development of evolutionary theory.  The “close-minded” thinkers could have ultimately halted the development of evolutionary theory. The idea of those thinkers is that of those that are not subject to change (i.e., their ideas are static). However, that is not how science works. The “open-minded” thinkers would have a positive effect on evolutionary thinkers because they recognize two things: science is always changing and theories cannot be proven. Evolutionary theory would have flourished more quickly if there were more open-minded thinkers, such as Astell or de Condorcet, in the 18th Century. They present new ideas to others and question the validity of the white male supremacy idea of their time period. Their kind of thinking would challenge other people’s thought processes and would question others in the validity of their assumptions. Once people are able to utilize some serious critical thinking and provide valid evidence for their conclusions are they then able to facilitate the development of evolutionary theory.