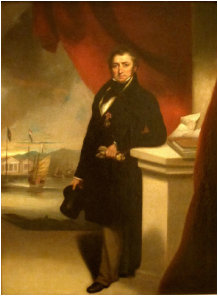 In the Coffee-House Philosophical Society newspaper, they found dark skinned humans to be inferior, and women to be fragile things that needed to be coddled, in accordance with natural law. For example, David Hume in “Of National Characters,” states, “I am apt to suspect the Negroes and in general all other species of men to be naturally inferior to the whites.” Jean-Jacques Rousseau states, “The one [males] should be active and strong, the other [females] passive and weak… it is the law of nature.” The 18th century’s conclusion on race and gender exemplifies the tone the 19th century thinkers are going to present, that evolution lead to the superiority of the white race and the fragility of females.

​          How the 19th century philosopher attempts to prove the white races’ superiority is very perplexing. Everything stated in the newspaper is intangible, something that is taken at face value due to their position in society. As science matured, facts became more important than conjecture.  Moreover, s

ince evolution is going to be taken as fact and used to establish the hierarchy of races, what did previous philosophers state about evolution? In “Darwin’s Ghosts” by Rebecca Stott, Jean-Baptiste Lamarck, “Described nature as being in a state of perpetual flux, constantly producing new species and organisms in inexhaustible ways. Diversity of habitat, temperatures, actions, and modes of life all influenced the development of living beings.” Charles Darwin stated natural selection drove evolution, the fittest bestowed their offspring with the ability to survive. With these definitions of evolution, I wonder how the 19th century philosophers are going to attempt to prove that white skin was something to be achieved by a superior human. Especially, since there is no concrete evidence presented by the 18th century philosopher, except for this intangible “law of nature.”

Of interesting note, how were women established as being inferior to men; what observations did they present in order to establish this clause? An order or proper way of life was established in society, limiting women to certain careers and etiquette. I wonder then, how would someone break out of his or her role to prove there is no superiority of gender or race? How many people were denied advancement because of their genetic characteristics? Most peculiar is the inclusion of a woman in the newspaper, Mary Astell. Doesn’t this prove that women have the capacity to think, that they can stand their ground against men intellectually? On the other hand, is it that men want to be superior, their god given right of superiority, that obscures the 19th century European from seeing the truth. I wonder if everyone held the same belief of race and superiority, or if they kept quiet to not be shunned from society. If we look at today’s time, all anyone has to do is look around and see that gender nor any race is superior to any other race. Just recently, two women made it past Ranger school, the special forces of the Army. Something I know I would not be able to pass, including many men. We have many female professor and worldwide females have become heads of state, such as Angela Merkel of Germany. People were subjugated to a way of life, all we have to do is break those bonds to be enlightened.

​P.S. Unknown to 19th century philosopher, skin color has nothing to do with superiority of race; rather, it has to do with the distribution of sun light and the skins ability to prevent the damaging rays from harming our skin. 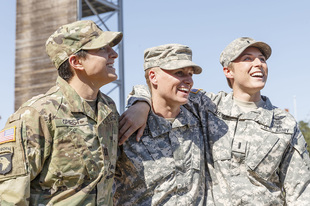