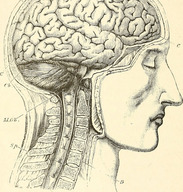 This article (The Coffee-House Philosophical Society article handed out in class) was interesting as it gave an insight in to how people, specifically white men, felt about women and other minorities. Now, i’m not saying i’m surprised as i’m sure anyone that’s taken a basic history class knows how white men felt about women/minorities, but you don’t really read about their actual opinions. Or maybe i’ve just not been paying attention. IT’s interesting to note that these men truly believed that their opinions were scientific fact and that many people believed these opinions to be true for decades after, until racial science was debunked.

Of course, there is still a subset of people out there who believe in what the men of the past had to say about race and sex and some of the ideas that women and minorities should not allowed in STEM fields still hang on even in this day and age. Just walk into any engineering class and you’ll see a noticeable difference in the amount of women compared to the amount of men. It is a bit perplexing to me that these thoughts are still so prevalent in certain communities because science has told us time and time again that women and men, while having some biological differences, can be just as intelligent as one another. It is the same with race. No one particular race or sex is more intelligent than the other. In regards to how this would affect evolutionary theory in the 18th century? I feel like people may assume that evolution can pick and choose which subset of people to make “superior” and which ones to make “inferior”, though we know now that evolution is completely random and doesn’t favor any one species or person over another.

I think a reason why these issues still come up is due to the fact that in the past, nobody could tell how smart a woman/non-white person was because they barred them from scientific communities, thus creating this self-fulfilling prophecy loop of sorts (if that’s the right word, it’s hard to write down my thoughts so that they make sense). So this loop continues on and on until certain woman/minorities challenge that rhetoric. They go into scientific fields and perform just as well if not better than their male counterparts. But because these thoughts that women/minorities are inferior have been so embedded in the culture, it’s taken a very long time for women/minorities to get to where they are now. And unfortunately we’re still not to where we should be as a progressive culture.

To learn about the history of science is to learn not just what white men have accomplished, but what EVERYONE has accomplished, not just in regards to science, but also in regards to breaking the typical social molds of that particular time. As I said earlier, I just find it a bit funny how the men of the past actually believed these opinions (as we know now to be ridiculous) as facts, and that nothing would change their mind. To think of a woman or a non-white person doing science back then was completely out of the question. It makes me wonder if one of those men somehow came to be alive now, what he would think and what he would say. I feel like I have a lot I want to say about this topic but as the same time it’s quite hard for me to articulate my feelings on it, though I feel like I did a relatively decent job at explaining my position, even if I did end up rambling a bit.