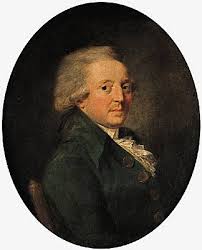 In the eighteenth and nineteenth century, society was well regarded as a land for the dominant white, male individual. Minorities and women were either relatively dismissed or mistreated, stunt the say from the seemingly inferior subgroup.

The voice of women heading into the nineteenth century began to gain stream. Often disregarded, especially in the field of science, a collection of authors took note to the changes needed in a male-driven society.

One male writer, Marquis de Condorcet, found the notion of male superiority to be baffling. In his 1790 piece On Giving Women the Right of Citizenship, he contests the notion that men are “naturally more intelligent” than women. He illustrates how there is no evidence to back the claim and each class share “inferior and superior minds.”

For people with a dark complexion or African descent, the eighteenth and nineteenth period was turbulent as the perception viewed next to a race higher on the social hierarchy was incomparable. In fact, it would be a fair assessment that the studies conducted for the origin of African descent could be influence by a racial undertone. This is best illustrates by Carolus Lunnaeus’ The System of Nature, produced in 1735.
​
He characterizes the five variants of homo sapiens, which African being the last species. He uses unflattering terminology such as “negligent” and “caprice” to insinuate those of African descent as the lowest common denominator.