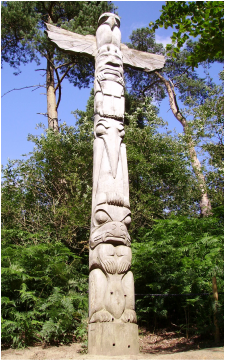 ​“I am apt to suspect the Negroes and in general all other species of men (for there are four or five different kinds) to be naturally inferior to the whites. There never was a civilized nation of any other complexion than white, no even any individual eminent either in action or speculation…In Jamaica, indeed, they talk of one negroe as a man of parts and learning; but it is likely he is admired for slender accomplishments, like a parrot who speaks a few words plainly” – David Hume “Of Natural Characters” (1748).

When Linnaeus later attempted to categorize men, white men were the only ones that were considered civilized. Americans were “regulated by customs”, which isn’t so bad, but it is nowhere near the status of European men who were “governed by laws”. Mirroring Hume’s ideas, black men were inferior in every way to white men in that they were not governed by anything at all. These thoughts show that men of another race were considered less than whites, and therefore less evolved.

Linnaeus meticulously went through animals to find commonalities and differences to point him toward the relationship between species. In doing so, every specimen was carefully examined before a conclusion was made. Why so it is then that man was not given the same careful consideration? It was automatically assumed that men of any color could not be within the same realm of complexity as white men. By the standards of most today, this is an absurd conclusion (though I have found that there are still people who believe people of a different race are of a different species). If bone structures were analyzed, it would be found that all races are part of the same evolved humanity. Men should not be judged by the amount of the melanin in their skin because they are all the same when you strip away the skin and only look at muscles and bones. Unfortunately, this was not the view of scientists during the eighteenth century, and this attitude still continues to be found among elitist men.

By scientists placing white men higher on the evolutionary totem pole, they are discrediting the accomplishments of people of color and giving whites a reason to treat others inferiorly. Though placed above animals such as wolves and deer, people of color were dehumanized by thoughts about their evolution. If these men and women of color are of a different subset of humanity that did not evolve as far as whites, it is easy to place people of color into an “others” category.
When people are seen are merely “others” instead of humans, it is easy to justify not treating them with the same standards as one would treat somebody of the more evolved white race. Thoughts that men of color were evolutionarily inferior likely contributed to the justification of slavery. This notion that because something is considered less evolved (though people of color really should not be considered less evolved than white men) you can treat it with disrespect really bothers me. Even animals that were used for labor were treated more humanely than human beings.