What impact do you think the scientific approach and conclusions on race and gender exemplified by these 18th-century thinkers will have on evolutionary theory as it is developed in the nineteenth century?

In the 18th-century, the topics and conclusions of race and gender varied greatly amongst society. Some, such as Jean-Jacques Rousseau, believed that naturally, men were superior to women in terms of education and power and although people began to talk about how all of this should change, Rousseau argued that this is the law of nature and things have been set up this way for a reason.  However, ​Marquis de Condorcet, also a great 18th-century thinker, made a statement to the contrary stating, “Either no member of the human race has any true rights, or else they all have the same ones; and anyone who votes against the rights of another, whatever his religion, color, or sex, automatically forfeits his own.” The variation in views during this time period is rather significant, just from these two examples alone.
Going along with these two different sides of race and gender, it leads into the development of evolutionary theory during the 19th-century and how different people perceived it then and continuing today. Some people followed the thoughts of Rousseau in constantly believing and listening only to things that men had to say when it came to science and progress in any region that men had previously domineered, because women were still viewed as inferior and were denied the same access to academia and other resources that would allow them to grow. This also applied to people of color, because they were also denied access to these resources and treated as inferiors and people didn’t want to believe in evolution, because no white person wanted to be “related” to a person of color. However, while this negative view was heavily weighted and followed, many, typically radicals and women, pushed for the other side of history and wanted to move women’s progress further, as well as peoples who were of ethnicities differing from caucasian. Just as Condorcet stated, people began to see that not only women, but anyone had the right to access to academia as well as a voice or opinion on the matters, which allowed the development into the evolutionary theory during the 19th-century that evolution was a real thing and that it was important to study and understand.
The 18th-century thinkers may have had differing opinions on the matters of gender and race that helped develop the theory of evolution in the 19th-century, however, these differences fueled the fire for the discussion and overall study of the theory of evolution that has lead us to where we are today. 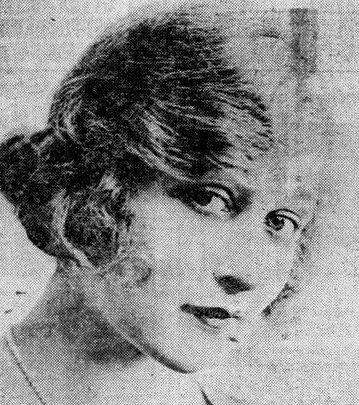 A still from the American drama film “The Inferior Sex”