After seeing the position that most of these people took in regards to women’s education, I am much less surprised as to why the theory of evolution was deemed a controversial theory at that time. For example, both Jean-Jacques Rousseau and Immanuel Kant disregard educating women essentially based on the premise that it is against a woman’s nature to become educated. Rousseau argues that women differ from men in both character and temperament and so should be educated differently. He furthers his argument by claiming that based on these differences women are meant to have exclusively household and family duties. Kant simply claims that a woman education herself is completely going against the nature of her sex.
Their entire premise of it being the nature of women to fill some specific role in the world and that’s it, seems like it implies an intellectual opposition on their ends to evolution. Let’s suppose for a second that these two are correct in their views on women. If evolution is a true fact of nature, then it seems entirely possible if not probable that women could be choosing to educate themselves due to some evolutionary reason. But, there is no consideration of this in any form by Rousseau or Kant. This lack of consideration is a clear implication of their views that nature is unchanging.
Seeing how many prominent thinkers and philosophers of that time were holding on to such a static view of nature makes it much less surprising that the theory of evolution and natural selection was so highly challenged and debated during its formulation and refinement. It really was a remarkably radical theory in the sense that it directly challenged people’s views on aspects of nature that were deemed fundamental at that time. Any new theory with direct relations to fundamental aspects of nature is bound to be discussed and debated during its emergence. 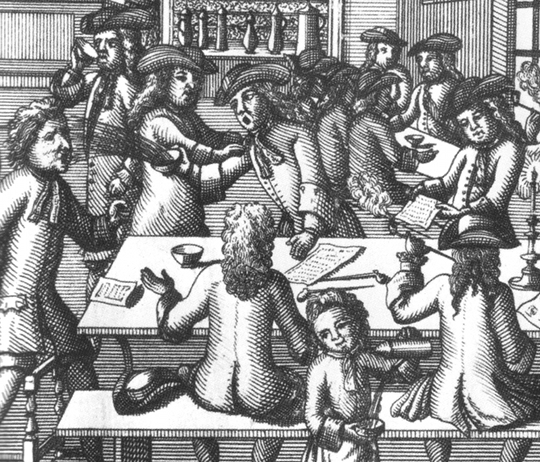