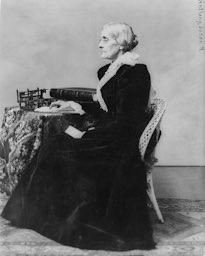 For a substantial amount of time, society has had a misconception on women, placing several limitations that should not have existed in the first place. History has shown us that women were once viewed as property or some other demeaning form, and that women should not have to be educated because it has nothing to do with the role they play in life. Influential philosophers such as Immanuel Kant endorsed these flawed ideas, and the influence that he possesses has a tremendous effect on the way that women have been viewed throughout history. These misconstrued views have placed a significant burden on women that they have overcome through remarkable evolutionary events.

In order for women to lift this flawed veil that history has placed upon them, they must be able to adapt. Basic evolutionary theory states that natural selection due to certain adaptations will increase survivability and reproduction. So for women, they must adapt to change the social environment that was created. The excerpt from Mary Astell shows that some women just accept the values and ideals that men have placed before them, “… She was ignorant of the Natural Inferiority of our Sex, which our Masters lay down as a Self-evident and Fundamental Truth”. Astell and other women of that era did not have much opportunity to prove themselves as men would not tolerate it all. However, as natural selection is an ongoing process, more women eventually adapted to wanting to change the social standards that were set, because they were more likely to survive whereas women who accept that they are inferior, which in an biological view would be a weakness, dwindle.

History has shown the evolutionary steps of women and how it is a never ending increase to the correct view. From being considered as property/objects, women have made substantial leaps in their evolutionary process. Although they have made tremendous leaps, those leaps were faced with considerable amount of resistance. Time after time history shows that men have tried to limit what women can do, but all it takes to overcome resistance is adaption. For example, Susan B. Anthony, a women’s civil right leader, adapted against men when women were not allowed to vote. In her newspaper, The Revolution, Anthony wrote, “Men their rights and nothing more; women their rights and nothing less”, which shows the clear environment of resistance that men have created. The title of her newspaper is fitting because for women to have evolved it took a revolution. The definition of revolution is an attempt by a group of people to end a certain rule or social order. Women, in order to effectively evolve, the majority of their population must adapt and want social change, which will then eventually lead to a revolution once it accumulates.

Although women have had to work through several hardships that would not have existed if men haven’t placed it upon them, evolution isn’t a neat process that creates perfect individuals. Women are still evolving today to become some of the most influential leaders in the world and that is becoming the norm due to natural selection favoring women who know they have to adapt to change social views.

Propaganda by J. Howard Miller, used to support feminism during World War 2, which was a key step in the evolutionary process of women