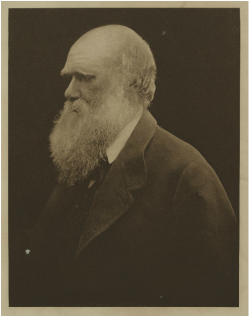 ​While reading through The Coffee House Philosophical Society newsletter, I couldn’t help but wonder about what some 18th century philosophers considered rules of nature or rules of God, and how they were really just confirmations of their social norms and expectations.

For example, Jean-Jacques Rousseau writes in Emile that men and women are fundamentally different, with males being “active and strong”, while women must be “passive and weak”. He further goes on to state that this is a law of nature, a law created by God. While he does state observations that he made, these observations in no way represent women as a whole, only how 18th century Europe viewed women. He goes on to state that because men and women are different, then women should get lesser education than men do. This idea served only to further the cultural perception that women were inferior to men, as if they were not offered any education, then it is easy to say that they are naturally inclined to be less intelligent because they lacked sufficient education, creating a self-perpetuating cycle. As time passed though, and society advanced, women were given an equal education to men, and society realized that all these old ideas about women being inferior were false.

Another antiquated ‘scientific fact’ is the idea that there is superior race, which, according to 18th century Europeans, were the Caucasians. David Hume writes in his Of National Characters “I am apt to suspect the Negroes and in general all other species of men…to be naturally inferior to the whites. There never was a civilized nation of any other complexion than white, nor even any individual eminent either in action or speculation”. Hume’s ideas seem to ignore a majority of the rest of the world. Had he never heard of anywhere else in the world other than England? China, Egypt, India, and the Middle East all had scientific studies and cultural works which Europeans both admired and adapted, yet he calls these other races and civilizations ‘inferior’ by ignoring everything those people have done, just so he can consider himself ‘superior’ due to ‘natural laws’.
​
Divine and natural law always had a big part in justifying 18th century social norms. With these ideas and rationales present, with 18th century European males classifying themselves as superior to other races and genders, would it really surprise anyone that they would try to place themselves on top of the evolutionary ladder? And when Darwin’s ideas of evolution did not place humans clearly on top above lesser species, that it would spark backlash and anger against Darwin’s scientific theory? Or would some accept his theory, and use it to further justify their own ideas of their own superiority above the other races and genders, that it is a result of ‘evolution’? Like the earlier ideas, how would one even determine what is considered a higher species and what is considered lower? I believe that Darwin’s views caused some people to believe that maybe we’re more closely related than we thought, bringing us closer together, while it led others down a darker path, furthering the ideas racial superiority and purity via natural selection and eugenics.