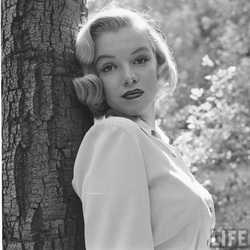 Why is it that the immature, incoherent, and often inconceivable notion of inferiority ever came to be? Who was the first individual to believe, “that person has less worth than I; less capability.” Some may say it is an inherent part our human nature to engender such a piss-poor perception. Furthermore, early thinkers would not have stopped there. They would go on to speak of a slander in which they believe particular individuals are actually entitled to superiority. Let us not misinterpret superiority, in this case, for respect or power. In any functional non-corrupt society, these are necessary attributes to institute order, peace, etc.; that debate is for another time.

Even Jean-Jacques Rousseau, one of the most well-renowned, brilliant thinkers of the 18th century, in part as a great philosopher, writer, and composer, was stricken with the plague of ignorance. In his novel Emile he attempts to insist, “that men and women neither are nor ought to be constituted the same, either in character or in temperament, it follows that they ought not to have the same education… This is the mode of life prescribed for the female sex both by nature and by reason…” Reading this today is nearly comical, yet too disturbing in its actuality to draw any laughs. Many, perhaps far too many, great thinkers of this time period believed there was a necessity to accept a false fact of the “Law of Nature.”

It may be noted, visibly and scientifically, that males and females have different physical attributes. However, when it comes to minds, words such as contrasting, disparate, and divergent need not apply. Gender or sex, no matter the difference in classification, one matter remains constant. The fact that appears evident is there exists a sentient being with a mind, and that mind has an ability to do amazing things. If the ability to have a discussion with Mr. Rousseau somehow existed, I would take great pride in speaking the words to his face “you are wrong” along with anecdotes describing that even though I (a male) have quite a bit more male friends than female, a greater number of my female friends are currently more successful in their studies, jobs, or both. It is imperative that equality truly means for everyone, and that everyone has the ability to be educated if he or she desires. Recognizing the fact that these thoughts were the way of life a mere 250 years ago, it is painful to acknowledge the advancements that could have taken place if more rational thinking existed then.

As one generation implants its knowledge, culture, and morals onto the next, families, communities, and societies grow with predisposed thoughts. It many circumstances, this proves to beneficial, not detrimental. However, it is still far to easy to find ignorance present in today’s culture. A presidential candidate is openly racist; and still has substantial support. What does that say about our “nation under god, with liberty and justice for all”? I understand that some need God, but most others surely need to understand the denotations present in the terms “liberty, justice, and for all.” I realize many ideas portraying superiority and inferiority greatly pre-exist America, but the point is they have become so ingrained, many kind words only exist superficially.

In conclusion, 18th century (and prior to) ignorance not only poorly impacted thinkers that could break the boundaries of the tale of creationism, but also continues to poorly impact many successful thinkers today. Embarrassing is not an endearing term when describing one’s idol. Many people who looked up to Ray Rice justifiably thought less of him after he knocked his fiancé out in an elevator. Charles Darwin was undoubtably one of the greatest thinkers of all time, and as being a revolutionary evolutionist, he is one of my idols. However, is theories on Social Darwinism are atrocious and inordinately preposterous. How can such a bright man, such an outside-the-box thinker, be bitten by the plague of ignorance in the realm of inequality and racism. Roots of a Redwood tree would be difficult to dig up by hand, but through time, anything is possible. There is always hope.