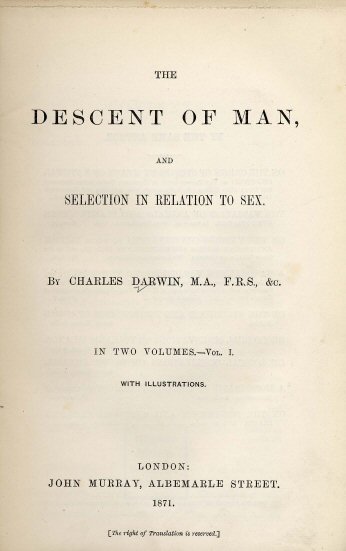 An obvious fact of life is that men and women are different. Fortunately, over the years the unfair gap between the two genders has shrunk immensely, however, the two genders will always be distinctly unique in their own ways. Men are no better or worse than women, just different. Noble minds of the seventeenth century examined the relationship of the two sexes, and their findings led to a rarely talked about idea from the great Charles Darwin, the theory of sexual selection.
In his book Emile, Jean-Jacques Rousseau speaks on gender roles as they relate to relationships during his time. He explains “…woman is specially made to please man. If man ought to please her in turn, the necessity is less urgent. [Man’s] merit is in his power; he pleases because he is strong. This is not the law of love, I admit, but it is the law of nature, which is older than love itself…” Rousseau delves into the idea that men of his time had less responsibility to work in the relationship due to the “law of nature.”
In the next century, Charles Darwin made hypotheses about the same subject. After years of research, Darwin hypothesized his theory of sexual selection in his book The Descent of Man, and Selection in Relation to Sex. This book added on to his previous theory of natural selection. In his book, Darwin postulates that men and women developed certain traits over time in an effort to attract the opposite sex and continue breeding. For example, Darwin claims men developed deep voices because human females are more attracted to them than higher pitched voices.
He states “the sexual struggle is of two kinds: in the one it is between the individuals of the same sex, generally the males, in order to drive away or kill their rivals, the females remaining passive; while in the other, the struggle is likewise between the individuals of the same sex, in order to excite or charm those of the opposite sex, generally the females, which no longer remain passive, but select the more agreeable partners.” Darwin describes the effort to mate as it pertains to both men and women. He describes the trouble men go through to find a mate at all and justify their worth above their peers while women have a completely different problem. They must weed through their potential partners in order to find an “agreeable” or compatible partner.