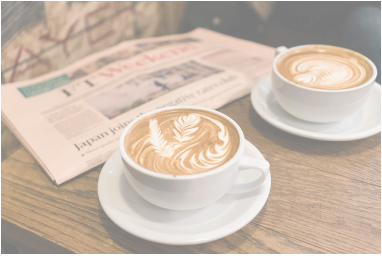 Race and gender were obviously a very large part of these 18th-century thinkers’ mindsets. Although they didn’t see it as completely “racist” and “sexist” as we would today, their feelings of superiority above other races and women show a lot in the selections from The Coffee-House Philosophical Society newspaper handout.

A lot of conclusions are drawn simply because the authors of these selections have this “superiority” mindset.

​​
“Woman is specially made to please man . . . it is the law of nature”
“Once it is demonstrated that men and women neither are nor ought to be constituted the same, either in character or temperament, it follows that they ought not to have the same education”
-Rousseau, Emile (1784)

“A woman who has a head full of Greek . . . might as well even have a beard.”
-Kant, “Observations on the Feeling of the Beautiful and Sublime” (1764)

​Though these examples are the extremes of the selections, I think they show just how much these ideas were engraved into everyone’s thinking (especially white, European men) during the 1800s. During a time when so many different scientific discoveries and breakthroughs were being made, these ideas are surely going to impact something.

Of impact on the evolutionary theory, I think this idea of white-European-male-superiority may show the most in the idea of Natural Selection. The theory of Natural Selection was made simple to understand in Darwin’s Origin of Species; those who were the most elite in a species were the ones who survived, the ones who reproduced, so therefore they were the ones whose genes were passed on to future generations of the species and eventually, the genes within the species were made better overall.

So with this new concept fed into the mindset of these men, a few things are made clear:

That the most competent, handsome, powerful men are seen to be worthy of mating with in the eyes of women. Therefore their genes are the ones that get passed on.

And that the most beautiful, submissive, domestic women are seen to be worthy of mating with in the eyes of men. Therefore their genes are the ones that get passed on.

And so it would seem clear to anyone who believed in the theory of natural selection in the nineteenth century that these admirable traits in either gender would be the ones to be passed on and strengthened in future generations.

On the topic of race, I want to focus on the excerpt given from William Cowper’s 1788 “Pity the Poor Africans.”

I own I am shock’d at the purchase of slaves,
And fear those who buy them and sell them are knaves;
What I hear of their hardships, their tortures, and groans
Is almost enough to draw pity from stones.

I pity them greatly, but I must be mum,
For how could we do without sugar and rum?
Especially sugar, so needful we see?
What? give up our desserts, our coffee, and tea!

I think this poem very clearly shows us that men of this time period were well aware of the hardships and grueling lives slaves lived, but their feelings of superiority and the ever-growing economy were far above the importance of the slaves’ quality of life. Their desire and demand for the food/spices/goods that were being brought to them courtesy of these slaves are what fueled the demand slavery.

Although I do understand that this poem was written to shine light on these truths and not as a factual account of what Cowper actually felt, it was written because this was indeed a problem.