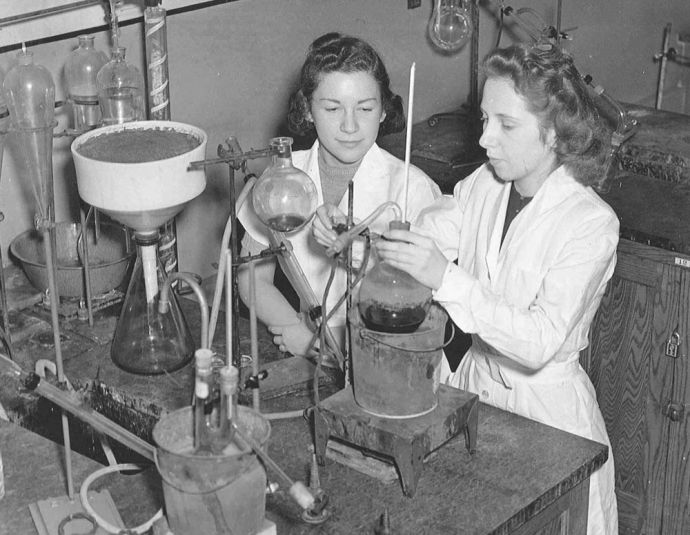 “Why should people who experience pregnancies and monthly indispositions be unable to exercise rights we would never refuse to men who have gout every winter or who catch cold easily? People argue that, differences in education apart, men are still naturally more intelligent than women; but this is far from being proven, and would have to be before women could justly be deprived of a natural right.” – Marquis de Condorcet, “On Giving Women the Right of Citizenship” (1790)

Never have I understood why it is that women are considered inferior to men when both are similar as they are of the same species. Men cannot survive without women, nor women without men, so why not enjoy each other’s company and knowledge while we all go through life together? Imagine how much further we would be in scientific advancements had all women and men through time had access to some form of education. How many ideas have been lost because a young woman was told she had to stay home and be a mother, when she could have done that and gone to college had that been her desire? While it is now easier for women, or anyone really, to go to a school and receive an education, there are still some questions that get brought up that are a little disheartening.

Recently I had brought up to someone how we were going to have a section in a class about women of science and how that was exciting to me. Their response was to say, “Well, why isn’t there a section about men of science”? I have encountered these responses before, but it still frustrates me, but never angers me. I took the opportunity to discuss with them about why it is so important to talk about these things and why it matters so much to me. People are often unaware how unequal things have been throughout time, and maybe never realized that learning about the history of science is to already learn about the “men of science”. It is important to acknowledge this because if every child only ever hears about men in history, there will be many young girls that will not ever consider that they, too, can make a difference in more ways than just by being a loving wife or mother. And young boys could think that maybe only men are meant to learn about certain things, meaning they could lose out on an opportunity to discuss with their female classmates on exciting subjects.

“Even if we did accept it, their superiority would consist in just two points, it is said that no woman has ever made an important scientific discovery, or shown signs of genius in the arts or in literature, and so on, but we would hardly attempt to limit citizenship rights only to men of genius. It is also said that no woman has the same breadth of knowledge, or the same power of reason, as certain men; but this simply means that, with this exception of a small class of very enlightened men, there is a complete equality between women and all other men; and that, this small class apart, both sexes have an equal share of inferior and superior minds.” – Marquis de Condorcet

​I will close by saying this; wouldn’t it be wonderful if we could have a group of people that is more than just a “small class of very enlightened men”? What if we placed a higher importance on knowledge and made it more desirable and attainable? This “small class” could become a “large class of very enlightened people”. I believe this is already becoming a reality as more and more women are making their voices heard and adding themselves to the mix of knowledgeable people.

Side note! Click on the image to go to an article concerning this topic.