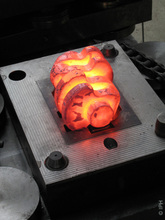 “The laws of thermodynamics smell of their human origin.” The meaning of this quote, I believe, stems from how thermodynamics was discovered or rather how it was invented. Heat was a mysterious object many could not explain, such as gravity. It perplexed many of the scientist that heat had to flow in one direction, from hot to cold, but why not cold to hot. In order to begin to scientifically explain the characteristics of heat, scientist began defining certain characteristic and observations. In the book Warmness Disperses and Time Passes by Hans Baeyer, there are multiple examples on how the rules of thermodynamics have human origins. For example, “The prevailing theory of heat at the time was that it was an invisible fluid named caloric” (7). Caloric is not a characteristic heat exhibits; it is a term we gave it. Heat had to be something tangle to scientists and therefore given a term. Every scientific discovery had tangible evidence, which then is assigned a term. However, these discoveries had scientific grounds and evidence to be supported. Caloric is something we made up without much proof in order to define a characteristic of heat.
The law of thermodynamics did not end there; additional words or phrases were concocted to explain other characteristics of heat. For example, Baeyer states additional “phrases like ‘the flow of heat’ and the ‘heat capacity’ of an object remind us to this day that the explanation of heat as an invisible fluid is by no means implausible” (7). These terms represent “human origins.” It was our need to explain the characteristics of heat from which these terms were made up. Heat capacity has no basis, except that it was a characteristics we decided to coin for a certain observation for an object. I believe Baeyer provides the best example, “The chemists, accustomed to dealing with the tangible stuff of the world, endowed the mysterious phenomenon of heat with as much concreteness as they could muster, and called it a fluid” (8). It was the need to be able to explain the thermodynamic phenomenon that was occurring without much of an explanation. For that reason, they are called laws and not theories. Because it is something only observed and not see, but something that occurs repeatedly that we can with a great degree of certainty say it will occur again.
In conclusion, the quote, “the laws of thermodynamics smells of their human origins,” was based of scientists need to scientifically assign meaning to certain features of heat. If we consider the first law of thermodynamics which Baeyer states, “First law of thermodynamic – ‘that energy cannot be created out of nothing’” (13), stems from our need to define an observation. The second law of thermodynamic explains the heat can only go in one direction, from the hot object to the cold object. Again, an observation or law we coined to explain a characteristic of heat. I would agree with P. W. Bridgman, the laws of thermodynamics smell of their human origins.